Free Shipping On Orders Over $100 In the US

Organizing Your Records: Strategies from Helpful to Insane

So, how do you organize your records? Alphabetically? By Genre? Autobiographically? We know what you’re thinking [...these insufferable snobs...], but hear us out. When you start collecting records, it’s only a matter of time before you’ll find yourself digging through your collection for 20 minutes, muttering “I swear it was right here.”

Look, endlessly organizing and reorganizing your collection is maybe not the healthiest activity. (We’ve seen High Fidelity). But the way you organize your records can have an impact on how you enjoy them. So, as your collection grows, think about how you think about your music, and organize accordingly. Here are some popular strategies and the pros and cons of each. 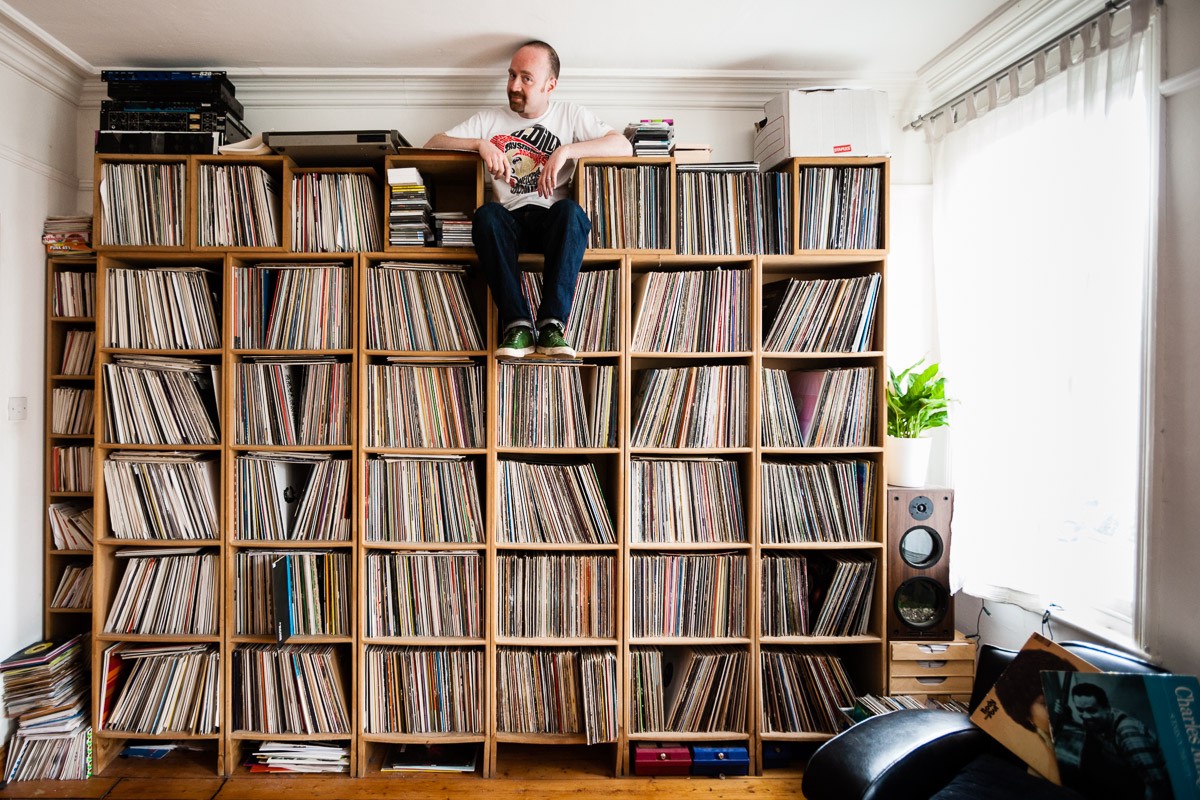 That's one way to do it (image from spaceoptimized.com)

Who’s it for? Egalitarians. The Deliberately Spontaneous. Garage Sale Hosts.

Pros: Less work up-front. Can lead to a wider rotation.

Cons: Most work to find specific records. Can lead to a shorter rotation (of the ones you know where to find)

Doing no organization obviously requires the least work up front. It can also be part of a deliberate strategy to make yourself consider some variety. If you have to flip through 30 records to find the one you set out for, you might come across that Kenny Rogers record that you forgot you had, and play it instead. However, we find that it’s difficult to keep this one up. Crate digging in your own stash can get tiresome especially if you just want to throw something on before you crash on the couch. You may just end up cycling through the 10-15 records whose locations you know. Cons:  New Found Glory is after New Edition but before New Order...

Organizing albums alphabetically is satisfyingly precise. C goes after B, which goes after A, [which goes after !!!?] And if you know exactly what record you are looking for, finding it is a snap. For types that don’t need much prompting to know what you want to spin, this is ideal for you.

But what if you don’t know exactly what you want to listen to? An alphabetical listing isn’t all that helpful. Bad Bad Not Good, Bad Brains, Bad Company… the artists are too stylistically random to narrow your focus, but appear too similar to inspire. An alphabetical system wants you to supply the creativity. But, if you hit a block, you might just end up listening to a lot of bands that start with “A”. Pros: Great for when you know generally, but not specifically, what you want [I feel like some country with a lot of slide guitar…].

Cons: Takes the most work up-front. Tough calls about what is/isn’t in a genre

The genre/mood based approach to record organizing is really helpful when you don’t know exactly what you are looking for. You can start high-level: am I looking to rock out? Dance? Bob my head? Think, or just chill? Then you can narrow your sights on a smaller section of your record collection.

At least some of us here at Deep Cut use this method because we have some specific use cases for our record players. In the evening on weekdays, we often play a record while reading. We’re looking for something instrumental and mid-to-downtempo. We often head to the jazz section, or instrumental hip-hop, and make a selection from there. On the weekends, We’re often looking for some funk, some big rock anthems, or dance bangers. We don’t have the kind of DJ memory needed to know exactly what record is going to fit a mood. So it is helpful to have a pre-created shortlist of records that would suit a given mood.

Of course, putting records in order takes some judgment calls. Does Daft Punk’s Random Access Memories go in with electronic? Funk/soul? It can be hard to line up similar genres (ok, Country fades to early rock-n-roll fades to soul fades to funk… where does metal fit in?)  Sometimes one artist’s catalog may get split up between a few genres. And, of course, you need to make sure the record goes back in with the right spot when you’re done or you’re back to chaos.

Who’s it for? Historians. Musical Genealogists. The Criminally Insane.

Pros: Every glance at your record collection reminds you of music’s evolution

Chronological by release date is… also a way to organize your records. From where we set today, this methodology seems like lots of work with no functional benefit. It’s more work than alphabetical, because you’ll need to look up the release dates, unless you’re the sort of savant that just knows these things. (A lot of older records don’t even have copyright years on the back). And you may not find it all that helpful to land in 1967 and find Frank Sinatra, Aretha Franklin, and the Beatles next to each other.

But we were young obsessives once, and we understand there’s an appeal. Plotting all your albums out on a timeline can feel reverential. It will remind you of how each generation of artists paved the way for the next. And it can help you get in the mindset of the time and place when, say, Marvin Gaye recorded What’s Going On. And, depending on the breadth of your taste, year of release can be a proxy for Genre (for example, 1970s punk vs 1980s punk vs 1990s punk).

Who’s it for? Visual aesthetes. Synesthetes. The criminally insane.

Cons: Not very helpful locating records, (unless you've got a mauve room in your memory palace)

Grouping records together by color is, clearly, more about how they look on the shelf. Put your blue records together to balance a brown wall. We are all for decorating with vinyl, and we can definitely get behind this approach if creates a visual effect that you enjoy. But there are some obvious limitations. Most people don't buy records solely for the cover or the color of the spine. So you might end up with a bunch of black covers when you really want pink. And we would definitely recommend against this method if its going to get in the way of your enjoyment of your collection. If you stop listening because you never can seem to find the record you're looking for, it is probably more trouble than it's worth.

Do What's Right For You

Even the most dedicated of us can't listen to records 24 hours a day. But when you're not listening to music, these shows still involve music and they are wins at all kinds of different speeds. Your five recs are...

Rob is our artist, builder, and craftsman. He sees the possibility in each rough plank of hardwood, but also its desire to warp, bow, and splinter. He takes vague notions and turns them into physical products ready for mail order. And he’s the guy that gets the call if something breaks at his cousin’s house. Or his neighbor’s. Or the guy-from-the-fish-fry’s.  But who is the guy behind these skilled hands? Let’s find out.

Decorating With Album Art: What To Think About

Decorating with album art. It seems like a no brainer. You like albums. You like art. Albums have art. Just put the albums up on the wall as art, right? So why can it feel so weird?

You wouldn’t think twice about hanging a painting you like. But album art isn’t just album art. It’s the brand of the artist. It’s where the artist sits in the culture. And where that culture meets politics.

When it’s on your wall, that Fleetwood Mac record says you buy your vinyl at Crate and Barrel. That Bob Marley record says I hope you brought rolling papers. That Gang Starr record boasts you know way more about hip-hop than you actually do. That Steve Reich record says you are either an insufferable aesthete, a charlatan, or likely both.